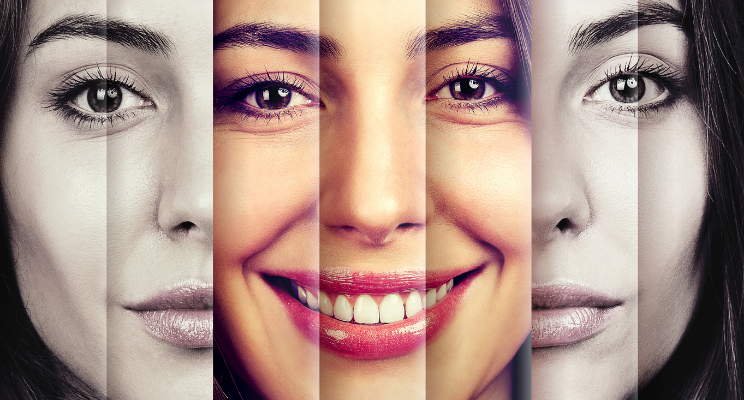 Happiness: The Science Behind Well-Being

Everyone wants to feel happy and fulfilled. The problem? Few of us actually know how. We're constantly seeking elusive happiness. What actually improves mood and well-being? Here's the science behind contentment from DIY therapy app LIFE Intelligence.

numerous hormones and neurotransmitters are involved in achieving happiness

The brain mechanisms that underlie the feeling of happiness are vast and complex. However, the fields of cognitive neuroscience and endocrinology place a focal point on the function of neurotransmitters and hormones in our short term and long term happiness. Neurotransmitters are chemical messengers that are used for communication between neurons. These messengers can either excite or inhibit adjacent neurons, and different classes of neurotransmitters manifest different outcomes. Said outcomes range from motor functions to emotional expression and act in a matter of milliseconds.

Hormones on the other hand, are chemical messengers that can travel through the entire body and exhibit a wide array of effects, most importantly playing a role in behavior for the scope of this article. These messengers are released from numerous endocrine glands, and act over a longer period of time, ranging from seconds to hours, and even days.

Both neurotransmitters and hormones are extremely important in the feeling and expression of pleasure and happiness. Dopamine and serotonin are both neurotransmitters and hormones that have been directly linked to these positive emotions. According to Dariush Dfarhud et al., shifts toward positive moods are directly correlated with levels of dopamine and serotonin release. But, these changes in mood and heightening of emotions are not always as straightforward.

Epinephrine, or adrenaline, is a hormone known for the initiation of the fight or flight response during threatening situations. Well renowned psychologists Shachter and Singer conducted an experiment to test the effects of epinephrine on arousal and emotional states. In their paradigm, a participant in the experimental group was injected with epinephrine and prompted to wait for further instructions. While waiting, they were seated next to one of two people: an excited individual or an angry individual. They found that participants injected with epinephrine who were sat next to either individual mimicked their emotions. To clarify, subjects seated next to a euphoric person were more likely to feel happy and those seated next to an angry person were more likely to feel angry.

As shown by the data presented above, the experience of happiness goes beyond a singular trigger that improves our emotional state. Our emotions are a complex system and numerous hormones and neurotransmitters are involved in achieving happiness. This being said, there are many factors in our lives that we simply cannot control.

Is happiness in our control?

while happiness does have some neurological basis, it also differs based on cultural context

Oftentimes, we find ourselves in ruts that we can’t seem to escape. Even knowing why we’re experiencing these negative emotions and what we’re feeling does not always seem to help. It is important to understand what factors of emotion are out of our control so we can attack our problems from angles that we have power over.

For example, a link has been drawn between the cultural fit of emotions being experienced and the levels of satisfaction and happiness. Researcher Jozefien De Leersnyder et al. conducted a study on people belonging to three different cultures: Belgians, Koreans, and European Americans. Participants in each sample were given a questionnaire to determine the individual’s pattern of emotions and see how it aligned with the emotions consistent with their own culture. The results showed that emotional fit within key domains of each culture was associated with positive feelings.

That means that psychological well-being in Korea was directly correlated with feelings of home life social relatedness. Whereas, in the U.S., feelings of work-life autonomy was correlated with promoted happiness. So, how "happy" someone felt depended a lot on the culture and what was valued in their culture. This means that while happiness does have some neurological basis, it also differs based on cultural context.

Another study conducted by Amir Mehrdadi et al. analyzed the factors affecting the happiness of Iranian individuals between the ages of 15 and 29. By using questionnaires obtaining data related to quality of life and subjective well-being, they found that age was associated with levels of happiness. A positive correlation was discovered, indicating that an increase in age may also lead to an increase in levels of happiness.

The aforementioned studies indicate that there are a number of components of happiness that can and cannot be changed. Happiness is affected by elements both in and out of our sight, physical, chemical, and social, and attempting to control each and every one would be in vain. This, however, does not mean we should not attempt to improve our mood, as there are components of emotion that are well in our control and can be manipulated with effort.

The secret to complete happiness may possibly be unattainable, however, improving subjective well-being and promoting positive emotions is not. For specific solutions, we've outlined some helpful tips for managing stress and anxiety during the COVID-19 pandemic as well as loneliness during quarantine as our social lives shrink.

Additionally, Maya Tamir et al. studied how the emotions we experience and the emotions we desire to experience affect one another. The experimenters used a cross cultural sample of 2,324 participants from 8 different countries. They found a common result across different cultures, being that happier people were often individuals who experienced the emotions they wanted to experience, no matter if they were pleasant or unpleasant. These results show that constant positive emotions may not lead to happiness in the long run. Rather, allowing yourself to feel what you believe you should feel, whether it’s love, anger, etc., can promote overall well-being.

allowing yourself to feel what you feel, happy or sad, can promote overall well-being.

As shown, improving subjective well being and attaining happiness is manageable. Although there are many underlying factors that we cannot control, there are additional components to happiness that can be manipulated and changed in order to realize this goal of advancing our well-being. Developing your emotional intelligence and pursuing emotions you feel are right are just two of the many paths that can be utilized in moving towards a happy life. Luckily, these paths are paved in the different modules provided in the LIFE Intelligence app.

How "DIY" self therapy apps like LIFE Intelligence can help

LIFE Intelligence is an app that makes developing emotional intelligence easy. If the basis for happiness is to understand and manage your emotions, LIFE's many coping and communication interactives help you do so digitally. In addition to helping manage your moods, LIFE also guides you through 9 core topics, or Missions. Educate yourself on a comprehensive set of self care topics across mental health, career productivity, and happy relationships.

In addition, LIFE Intelligence utilizes a wheel of emotions, which helps pinpoint and track different moods you are feeling throughout the day. The wheel helps you master your moods by recording what you feel and why you feel that way. This tool allows you to manage your emotions and gain a deeper understanding of why said emotions may arise. Ultimately, by gaining a deeper understanding of your moods and realizing the patterns that trigger certain emotions, handling of moods can be improved and the pursuit of emotions that “feel right”, as stated above, can be realized.

The pursuit of happiness is a long journey with many alternative routes. However, as shown by the abovementioned studies, bettering your well-being is manageable and should not be written off. With LIFE Intelligence lessons, grow happier where you can. Download free for iOS or Android.

Mehrdadi, A., Sadeghian, S., Direkvand-Moghadam, A., & Hashemian, A. (2016). Factors Affecting Happiness: A Cross-Sectional Study in the Iranian Youth. Journal of clinical and diagnostic research : JCDR, 10(5), VC01–VC03.