Social influence comes in many forms, from the kind used by salespeople to coerce customers into making purchases to the persuasions of government-funded health and safety campaigns. Not all forms of social influence are bad, although it is important to be able to resist social pressure that is harmful or dangerous. This is the main topic of Mission 9.4 in self-development app LIFE Intelligence: Stand Up to Social Influence, which will teach you how to avoid thoughtlessly following others and instead use your own voice to raise a dissenting perspective which can ultimately benefit yourself and the group. LIFE Intelligence is one app that manages all essential areas of your life, including self, career, and relationships. LIFE’s program helps reduce stress and anxiety, correct cognitive biases, and increase overall well-being.

Three forms of social influence that can be the most dangerous to oneself and others are the bystander effect, the bandwagon fallacy, and obedience to authority; we should be particularly careful to notice these so that we can avoid falling victim to them.

The bystander effect is epitomized by an infamous incident that helped vitalize research into this strange phenomenon of social psychology. In 1964, Catherine Genovese was killed in public while her 38 neighbors in Queens, NY looked on from their apartments. Despite her pleas for help, not a single person called the police or came to assist her (Cialdini, 2009).

Cialdini (2009) and other social psychologists believe that, in situations like these, bystanders do not intervene because (1) the presence of so many onlookers made each person feel less responsible for taking action, and (2) uncertain of the situation, each bystander looked to others to see if urgent action was needed. Because no one was doing anything, each person assumed there was no need for them to help. This phenomenon is called the bystander effect.

Although the Genovese case is an extreme example of the bystander effect, there are many instances in which one could fall into this belief trap in day-to-day life. For example, is the man on the sidewalk having a heart attack or is he drunk? Is that person trying to break into a car or did they just lock their keys inside? In ambiguous situations, we tend to look to others’ reactions to inform our own actions. When no one is reacting as if a situation is an emergency, a large number of bystanders can therefore serve to decrease the chance that a person in need can get help.

So how does one avoid falling victim to the bystander effect? The good news is that, when bystanders are convinced that an emergency is occurring, they are very likely to help (Cialdini, 2009). Furthermore, if a situation becomes violent or dangerous, bystander intervention is almost certain (Levine et al., 2020). In fact, a recent study which examined CCTV footage in the United Kingdom, the Netherlands, and South Africa found that bystanders get involved in 9 out of 10 real-life public conflicts (Philpot et al., 2020). It seems that the critical component that underlies most situations in which bystanders do not intervene is ambiguity.

Thus, in an emergency, the best thing to do is clearly and explicitly establish that there is an emergency and that you need help. Single out a specific person in the crowd and tell them what you need them to do (Cialdini, 2009). For example, if you feel as if you are going to pass out on a busy street corner, tap someone on the shoulder or say “you in the red shirt.” Tell the stranger that you are having an emergency and need an ambulance. Being clear about an emergency decreases the uncertainty of the situation, and calling out a specific person makes it less likely that each person can diffuse responsibility to another person.

If you are a bystander in an ambiguous situation that may or may not be an emergency, approach the area and ask if help is needed. Do not assume that there is no need to intervene just because others are not getting involved, as everyone else in the crowd is likely just as unsure about the situation as you are. Fortunately, bystanders getting involved in a violent situation have a low chance of being harmed when their focus is on deescalation (Levine et al., 2020). However, one should always use caution and respond to the situation appropriately; sometimes it is best to call for help instead of becoming directly involved.

One of the core sociological principles that underlies the bystander effect is our natural tendency to base our own ideas about what is correct or good based on what others think. In other words, when we are trying to verify if something is right, we look to others for “social proof” (Cialdini, 2009). Most of the time, this is a useful mental shortcut—it helps us live in harmony with others and make decisions quickly and efficiently. However, our tendency to use social proof can be exploited.

A commonplace example of this may be when salespeople assure us that “thousands of happy customers” have already approved of a particular product, or when bartenders add a few of their own bills in their tip jar to increase their likelihood of getting tipped. But a more dangerous version of the social proof phenomenon occurs in the bandwagon fallacy, in which people are more likely to “hop on the bandwagon” of a certain belief, solely because they see that belief as popular (O’Connor & Clark, 2019).

The bandwagon effect is commonly associated with political movements gaining traction through people happy to join a large movement, yet it is also found in medicine and psychiatry. For example, O’Connor and Clark (2019) point out that many medical procedures in the past were commonplace despite clear evidence that they were harmful, such as bloodletting or the lobotomy.

Indeed, we are particularly vulnerable to social influence like the bandwagon effect when we are uncertain or in an ambiguous situation (Griskevicius et al., 2008), in situations where we doubt our ability to complete a given task (i.e., we have low self-efficacy; Lucas et al., 2006), and for those who are especially emotionally unstable (Oyibo & Vassileva, 2019).

It is important for us to avoid the bandwagon fallacy in our own lives because the influence of others is so strong that it can overrule sound judgment and critical thinking, allowing us to follow others into making bad decisions or maintaining erroneous beliefs. This can occur at the workplace, in a community, or even in an entire country.

When it comes to important decisions, always stop and think critically about them. It is important to realize that people have been wrong in large numbers before, and they can be wrong once again—the popularity of a belief is not evidence for that belief itself. Taking time to re-examine an issue more critically can often stop the social proof shortcut from kicking in, which can allow us to avoid the bandwagon fallacy (O’Connor & Clark, 2019).

Just like research into the bystander effect was launched by the death of Catherine Genovese, research into humans’ tendency to obey authority figures was jump-started after a series of famous studies by Stanley Milgram (Russel, 2011). Milgram recruited participants to act as a teacher in an experiment in which participants would quiz a learner in another room. If the learner answered incorrectly, they would be administered an electric shock, with the voltage increasing at each incorrect answer until it culminated in a final voltage labeled “lethal.” In every condition, the learner would beg and scream for the teacher to stop the shocks, and Milgram would encourage the teacher to ignore the learner and carry on with the experiment. Of course, the learner was a paid actor and was never in any true harm.

Milgram found that, despite the actor’s pleas, 65% of participants were willing to administer the highest (lethal) shock when pressed by an authority figure (i.e., the experimenter; Russel, 2011). Milgram’s findings have haunted sociologists and psychologists for half a century. They reveal (1) the ability of ordinary people to commit unethical acts and (2) the incredible power of an authority figure.

The implications of this research in war and public policy are clear, but even in more subtle ways, the natural tendency to obey authority figures can be exploited. We are more likely to obey the orders of someone dressed as a doctor, security guard, or police officer, and salespeople or compliance professionals may use this to their advantage (Cialdini, 2009).

In order to protect ourselves from blindly obeying authority figures, it is important to be cognizant of who is truly an authority and who may only be posing as one. It is easy to dress in a professional’s clothes or to take on a fake title, and so we should do our best to verify that someone is who they claim to be. In other words, do not take someone’s security guard uniform to mean that they must be a security guard.

Finally, as with the bandwagon fallacy, a healthy dose of critical thinking can help us determine if our actions are ethical and if obedience to authority alone is an appropriate justification for decisions that may not sit right with us.

Humans are social animals and are therefore naturally susceptible to social influence. Not all influence is negative—like any other tool, social influence can be used for good or ill. Nonetheless, it is important to recognize and defend against instances in which our social proclivities can set us up for lapses in critical thinking; in particular, the bystander effect, the bandwagon fallacy, and obedience to authority can be particularly dangerous weapons of influence. Standing up to social influence can be incredibly difficult, especially if it means challenging a popular belief, but it is essential to keep us from falling victim to belief traps and faulty reasoning. Indeed, sometimes it can even save a life.

To learn more about resisting social pressure, such as how to counteract obedience to authority with empathy for a victim, download the LIFE Intelligence app. LIFE Intelligence is one app for every aspect of your LIFE. Our 9-topic self-development journey provides science-backed content, exercises, and reflections to help you better understand and manage yourself and others. Our mood tracker and emotional management toolkit helps you deal with difficult situations on the fly. These combined help you comprehensively manage stress and anxiety, improve work productivity and career fulfillment, and build lasting relationships. You can also read more about using the tools of social influence, such as persuasion and charisma, on the LIFE Intelligence blog.

Nolan Lindenburg is a psychology major at Salve Regina University, Class of 2022.

The Little Things That Matter: Small Steps to a Stronger Relationship 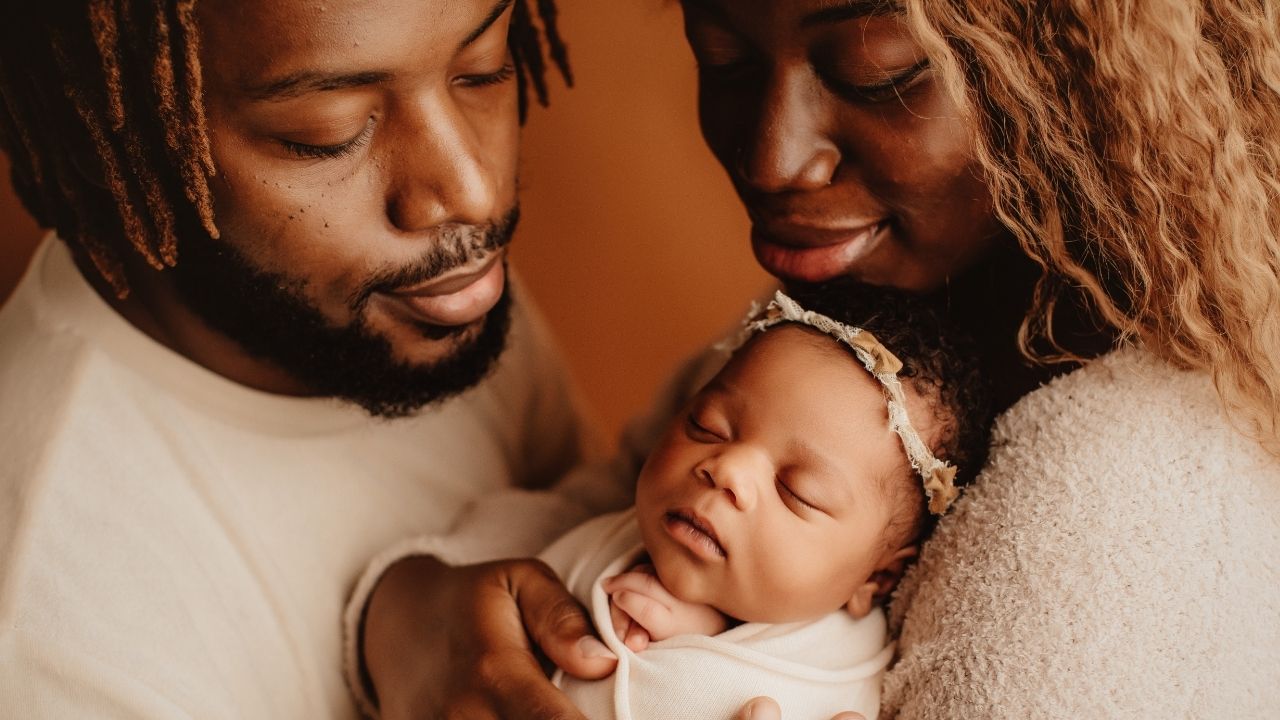