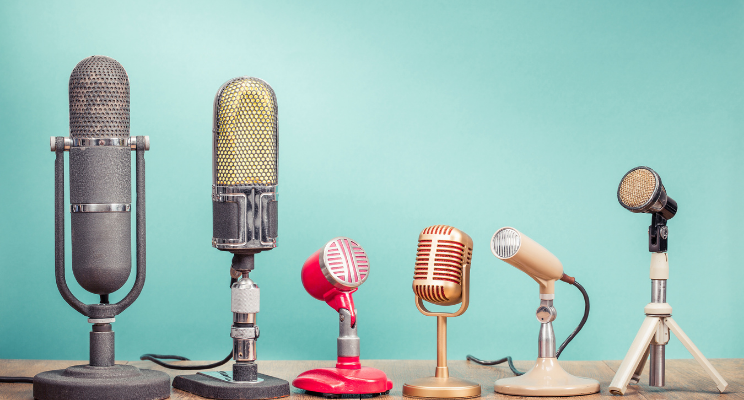 Can we convince others?

Persuasion is incredibly hard, especially when people have different perspectives, worldviews, mindsets, and values in life. Our brains are faster at processing opinions we agree with than those we disagree with. It is often difficult, and may even seem pointless at times, to try to convince someone to even listen to our point of view, let alone agree to it. It's no wonder, then, that researchers have long wanted to understand the art of persuasion. Is it really possible to persuade others, or is it just a fruitless endeavor? Here are four scientific models on the process of persuasion to hone your communication skills and soft skills.

Carl Hoveland was a psychologist who studied attitude changes and persuasion. His model for persuasion deals with attitude change as a process of communicating a message with the intent to persuade someone.

In 1952, Carl Hoveland and Walter Weiss performed an incredibly impactful study on how source credibility affects how persuasive a message is. In this study, they prepared articles on some controversial topics at the time. For example, one of the articles that they prepared was on the topic of whether or not a practical, atomic-powered submarine can be built at the present time, which was a very hotly debated topic in the era. These articles were then given to American students to read over. In some cases the articles were said to be written by the physicist J. Robert Oppenheimer, while in other cases the articles were said to be written by the Russian newspaper Pravda. The opinions of the subjects were ascertained before, immediately after, and four weeks after reading the articles.

Not shockingly, the conclusions were communicated by the highly credible sources were more persuasive: they were more likely to change attitudes than were the communications by low credibility sources. For example, an article “written” by Oppenheimer altered the opinion of 36% of the study participants, while the article “written” by Pravda altered the opinion of no one.

This seems obvious, but often when we try to convince someone of what we think, we use our own arguments. We don't lay out an argument with citations like we do in an academic paper. However, it's these types of credible sources that matter. Use “Oppenheimer” sources as opposed to “Pravda” sources. It is harder to refute credible sources than non credible sources.

Another important finding related to sources is that they can increase their credibility by arguing against their own self-interest. For example, drug addicts who argue against drugs or criminals who argue for greater police presence can be extremely persuasive- much more so than drug addicts that promote drugs or criminals who condemn the police. This concept makes sense in light of the theory that we generally expect someone to argue in his or her own defense or self-interest. Therefore, by arguing in a manner that appears to be going against self-interest, an individual produces significant attitude change.

Another communication technique that can be done to help persuade someone is to utilize two-sided messages, which contain arguments for and against a position. These arguments seem “balanced” and the listener will likely think that you are unbiased and neutral, and will be more inclined to hear what you have to say.

3. The Elaboration Likelihood Model of Persuasion

However, in the peripheral route, where we do not really care about the topic being discussed or are otherwise distracted, we are not paying attention or cannot pay attention to the persuader’s message. Therefore, the strength of the persuader’s argument does not matter, because the persuadee is not listening anyway.

Hence, if you want to try to convince someone of something, know who you are speaking to. If they care about what you are trying to persuade them to believe, make sure to elaborate and provide strong examples for your theory. However, if they do not care about what you are saying, then strong arguments will not matter. In this case, what matters is how the argument is being addressed, by whom, and what the surroundings are.

Why are some people resistant to persuasion?

Many psychologists have also tried to understand what makes people resistant to persuasion. They found that under certain conditions, people will hold steadfast onto their beliefs even after they have shown to be false. This is referred to as belief perseverance. If you are induced to believe something and then provide your own explanation for it, you will tend to continue to believe the statement even when it is proven to be false.

In addition, some people resist persuasion because of reactance. When social pressure to behave in a certain way becomes so blatant that the person’s sense of freedom is threatened, the person will tend to act in a way to reassert a sense of freedom. If you then try too hard to persuade someone of something, that person will choose the exact opposite of what you are trying to persuade them to believe. Therefore, if you want someone to try to see your opinion, try to not seem too eager about pushing them to believe in your opinion.

The best psychology trick to use to try to persuade someone to see your opinion is to first show them how they are right. If you start any conversation by telling someone that they are wrong, they will immediately become defensive and they will become further entrenched in their beliefs.

Rather, actively listen, pay attention, be curious about their ideas and ask questions. Tell them all of the ways that they are right and then kindly guide them, in a non antagonistic manner, to realize that some of the points that they are making may be spurious. You may have to help them move past their own beliefs, perspectives, and biases. Show them what they may not be aware of.

This approach of persuasion goes back to the seventeenth century philosopher Blaise Pascal who found that the best way to help people change their own minds is to first show them how they are right. Arthur Markman, a psychology professor at The University of Texas at Austin, says this approach works well because you are allowing someone the opportunity to lower their guard and permission to change their mind without fear of it making them look bad. When you tell someone that their belief is wrong, they will get offended because it feels like a personal attack on their intellect. Once you do that, your chance of connecting with them, or convincing them from a different perspective goes out the window. In your effort to persuade anyone, don’t aim to just win. Provide them with information that will lead them to their own enlightenment. Convincing someone to change their mind is really the process of convincing them to change their entrenched beliefs. It takes more than your own beliefs.

Although it may seem impossible to try to convince others of a different opinion or belief, there are in fact some techniques that can be utilized to try to persuade someone to see a different opinion. The most crucial aspect of persuasion, however, is to remember to be respectful and respect everyone’s ideas and opinions. Relationship apps that walk you through these kinds of tough conversations with a significant other or colleague, such as LIFE Intelligence, can help develop deeper understanding and make up after a disagreement.