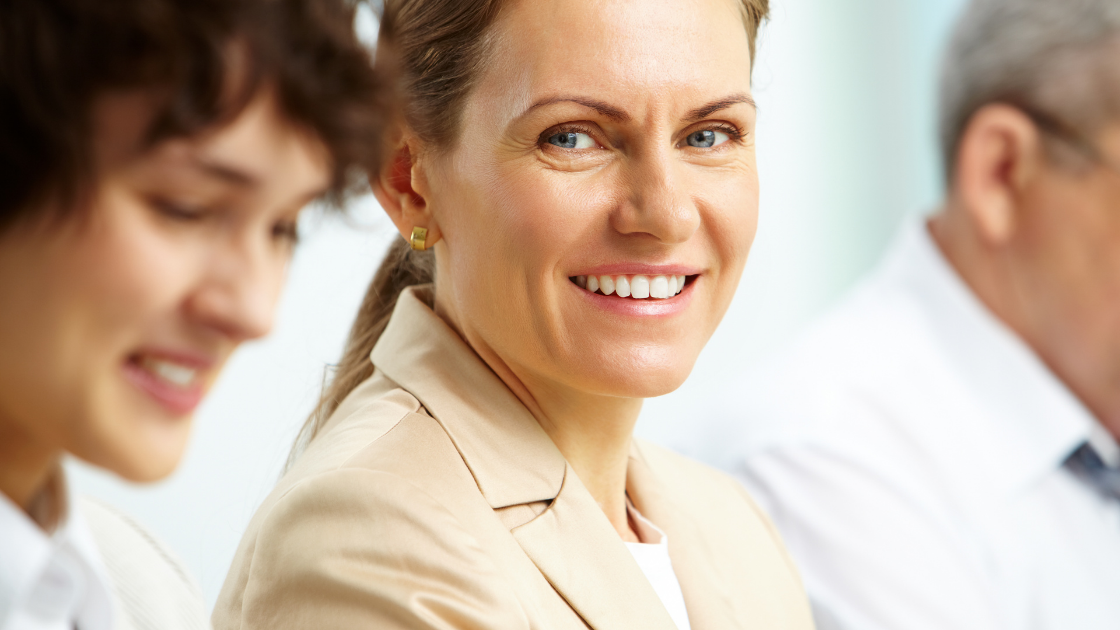 Skills that separate successful careers: standing out from job seeker to top leader

Leadership skills matter for any role. And after a certain point, they're all that matter.

According to a Leadership IQ study done over 3 years involving 5,247 hiring managers, when new hires don’t work out, 89% of those failures are due to a lack of soft skills, not hard skills.

The top 5 ways in which people failed?

26% because they can’t accept feedback

23% because they’re unable to understand and manage emotions

17% because they lack the necessary motivation to excel

15% because they have the wrong temperament for the job

Lack of technical skills came in at #5, affecting only 11% of failures.

I started my career in Mergers & Acquisitions investment banking. As an analyst, technical skills seemed paramount. After all, with crushing workloads, those who could model the fastest could save themselves a few more hours of sleep. Technical skills were loudly championed. But, soft skills were the silent but deadly killer.

Even among those who were equally stellar in technical skills, I saw clear-as-day differences in social/emotional management and communication skills. Yet, these were rarely discussed. Some got frustrated easily; others took everything in stride. Some did as told and suffered; others knew how to effectively manage expectations. Perhaps HR managers thought this boiled down to personality. Looking back years later, I think it can 100% be learned.

See, in my M&A class of 10, more than half of us came from liberal arts backgrounds. On the technical side, they put you through a multi-week modeling bootcamps that cost hundreds of thousands of dollars. Banks invest in such training just so they can take recruits from barely opening Microsoft XLS to knowing all the shortcuts.

If we can turn liberal arts majors into finance nerds, I posit we can also turn someone who isn’t as in-touch with emotional management and communication skills into pros at managing stress, anxiety, and relationships. How much do they invest in the latter? During my training, approximately 0.

No, no, that was training someone should have gotten in their extracurricular experience, or perhaps have learned from home. The reality is every family and experience is so different. One person’s idea of excellent communication can be another’s idea of mansplaining. Companies require a common language, one unique to their own culture and community. Financial modeling is similar across the board. Yet, you’ll find very nuanced differences used between teams at Goldman and Morgan Stanley. Common language doesn’t just appear once you all wear the same fleece. It has to be taught.

Leadership skills matter even more the higher you get up the ladder. After a certain point, leadership skills are almost all that matter. The need for soft skills as a Managing Director in any client-services industry like investment banking, consulting, accounting, or legal is obvious. But, it’s just as important across all other industries. In private equity investing at the Carlyle Group, I saw soft skills come into play during deal negotiations, board discussions, CEO turnover, and much more.

If you’re a job seeker, soft skills will pay off in any industry you choose. They may not seem like they’re paying off now because you can’t check a box or get a grade. But, you’ll be well rewarded in other ways. You’ll overcome anxious thoughts or self-defeat. You’ll organize calmly when tasks feel overwhelming. You’ll communicate anger in a constructive way. Instead of wasting hours ruminating, you’ll get yourself out of a rut and behave productively.

I was brought up in a household where keeping your head down and working hard was the way to let your performance speak for itself. It took a long time to learn that unless you’re some prodigy, this is not how the world works. I didn’t have the luxury of picking up these skills as a kid. I saw LIFE Intelligence as kind of my last chance at self-re-education. A lot of research has gone into our first product, which you can find at www.lifeintelligence.io. But it's constantly a work in progress, and we'll have some exciting new updates soon. I'm blessed to be a user of my own product, because I’m pretty hard to fix. And I won’t put anything into the world unless it’s had a dramatic impact on me, and can have the same impact on you. By imparting it to you in an efficient, and hopefully enjoyable way, I hope I can help others avoid my own lengthy wanderings.

If you’re an employer or manager, think about your training. Diversity is great, but current structures miss a core factor. Why is there so much attrition in diversity at the higher ranks, even after you’ve put everyone through modeling or coding bootcamps and hired 50/50? If you want to lower turnover, invest in leadership training at the earliest stages.

At junior levels, you may be focusing on technical skills. Don’t forget that self-and-other management skills are equally crucial to a new hire’s success.

Bringing people to level ground on technical skills isn’t enough. Perhaps some were raised to be self-confident while others had to work at developing a growth mindset. Shouldn’t we level-set emotional management skills, too? Perhaps some naturally speak their minds while others are inherently shy. Yes, personality is part of it, and that’s why firms like Bridgewater have put so much time and energy into understanding and celebrating each individual’s differences and uniqueness. That’s great. But, celebrating differences is one thing. Letting differences evolve into deficits is another.

In the same way, perhaps one is quieter and the other is more gregarious. Celebrating that difference would be to value the leadership qualities both styles bring. Letting it evolve into a deficit would be never training the former in communication skills, or never training the latter in listening skills.

HR leaders, L&D managers or sales enablement teams have a tough job. Developing employees is key to retention. Yet, organizing and marketing workshops and curricula is not only time-consuming but often thankless. Outsourcing to therapists or coaches doesn’t scale and only address a fraction of your employee population (and a fraction of their problems). Above all, none of these create a common language for lasting community and cultural change.

I also hear many employees debate leaving their careers for an MBA. My experience at Harvard Business School was no doubt amazing and I would never dissuade anyone from going. But, for those weighing the high cost of tuition and often higher opportunity cost (knowing that this is a cause of turnover, too), consider that resources like LIFE Intelligence may be a more efficient alternative to the self-development you're seeking.

If investment banking training can turn liberal arts majors into modeling whizzes, we're here to turn all into the best managers of themselves, and in turn, others.

The LIFE Intelligence app is your DIY therapist, career coach, and relationship counselor in one. From emotional intelligence to communication skills, LIFE's comprehensive curriculum is an efficient soft skills training in your pocket. 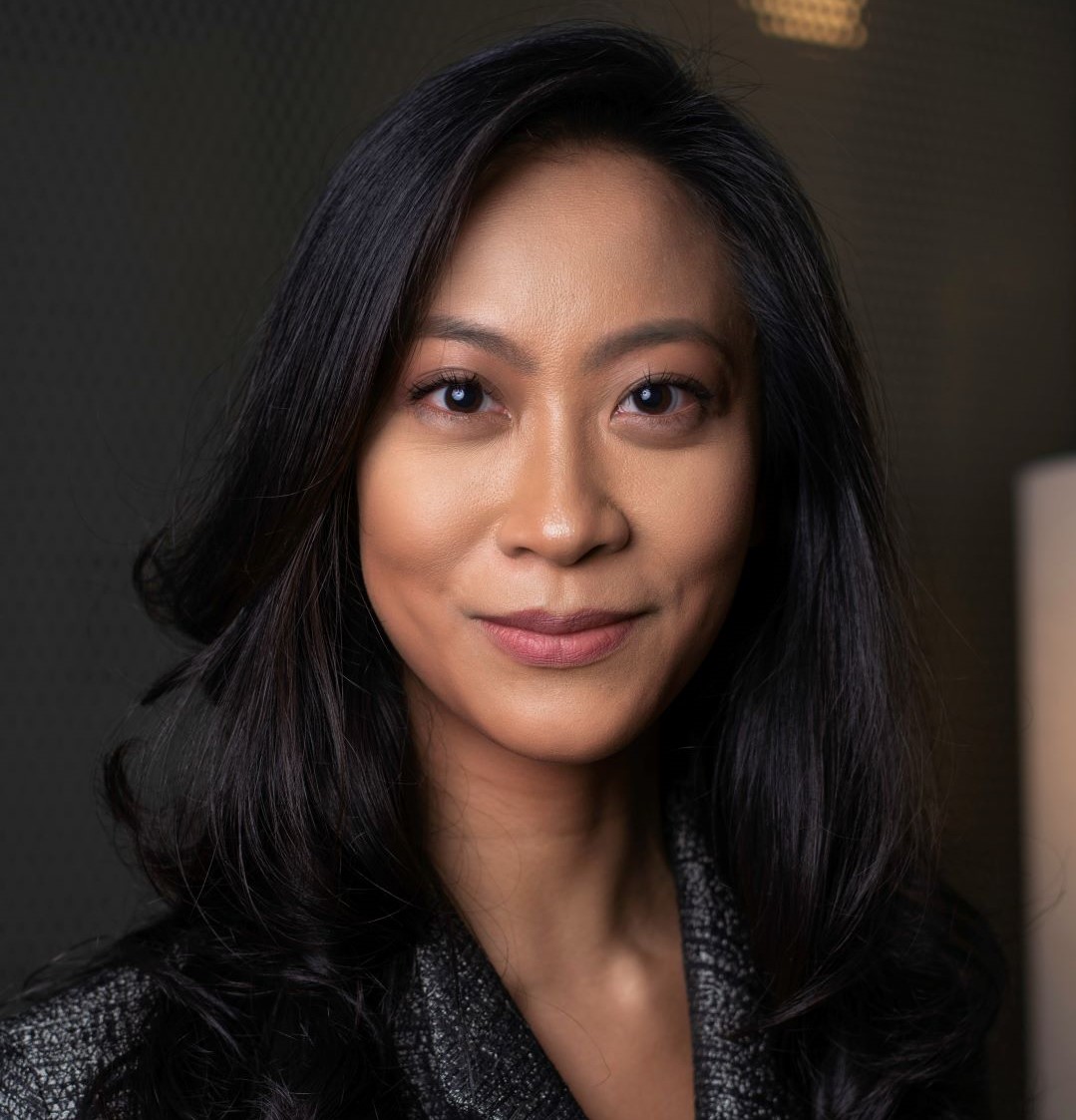 Take it from a former investor: you are your best investment. Jasmine Chen is the creator of the LIFE Intelligence app, a science-backed DIY therapist, career coach, and relationship counselor in one. LIFE's comprehensive training helps users manage stress and anxiety, improve work productivity, and build lasting relationships. After Princeton, Harvard Business School, and years of investing, Jasmine was disappointed to find herself and many high-achieving peers still dealing ineffectively with personal or professional problems, thus wasting a lot of productive mindspace. So, she left a hedge fund to write the course she hopes can change the way entire companies and campuses communicate and develop future leaders. Her mission is structural change for common emotional literacy: because both mental health and great managers start with self-management. 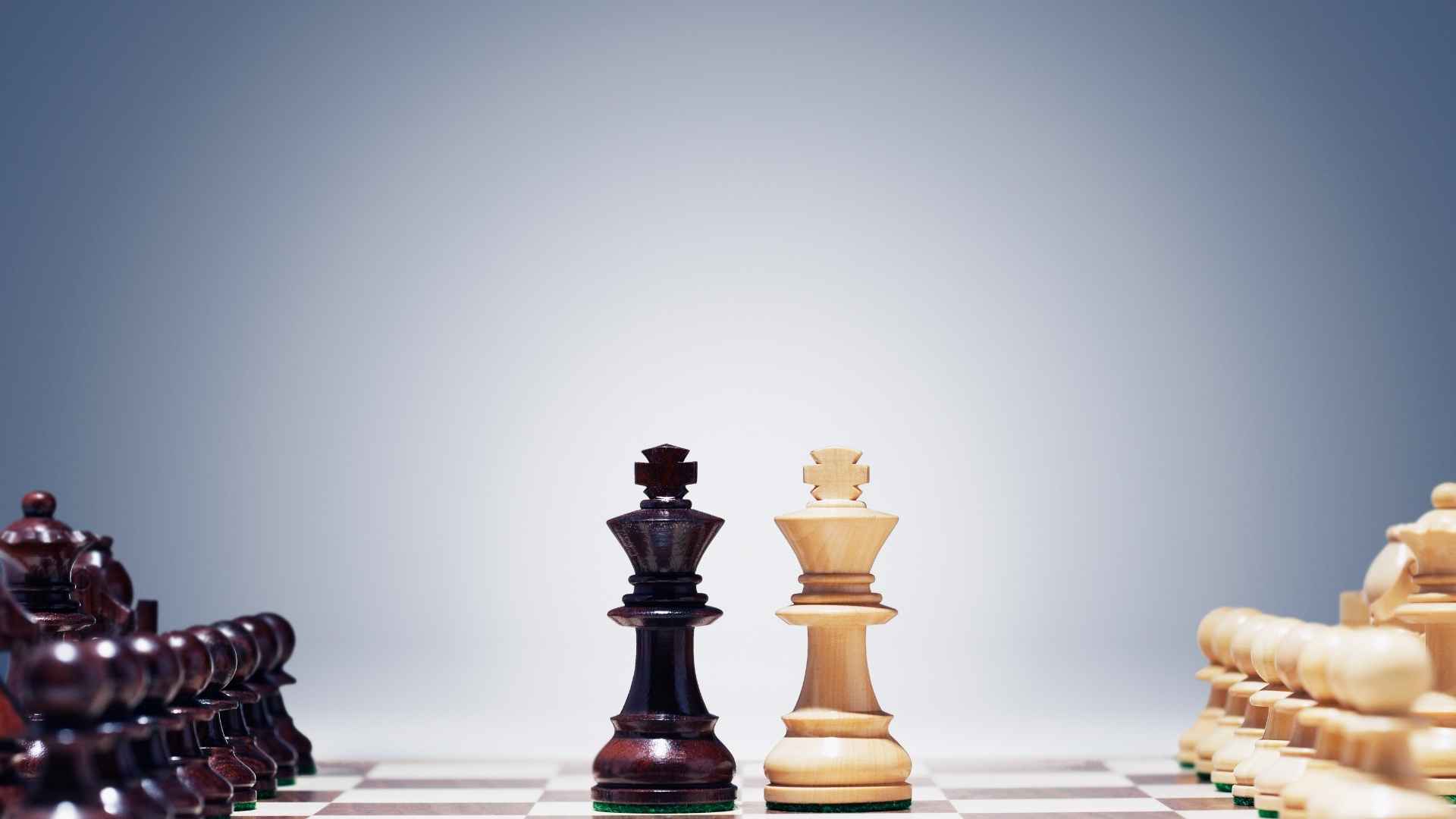 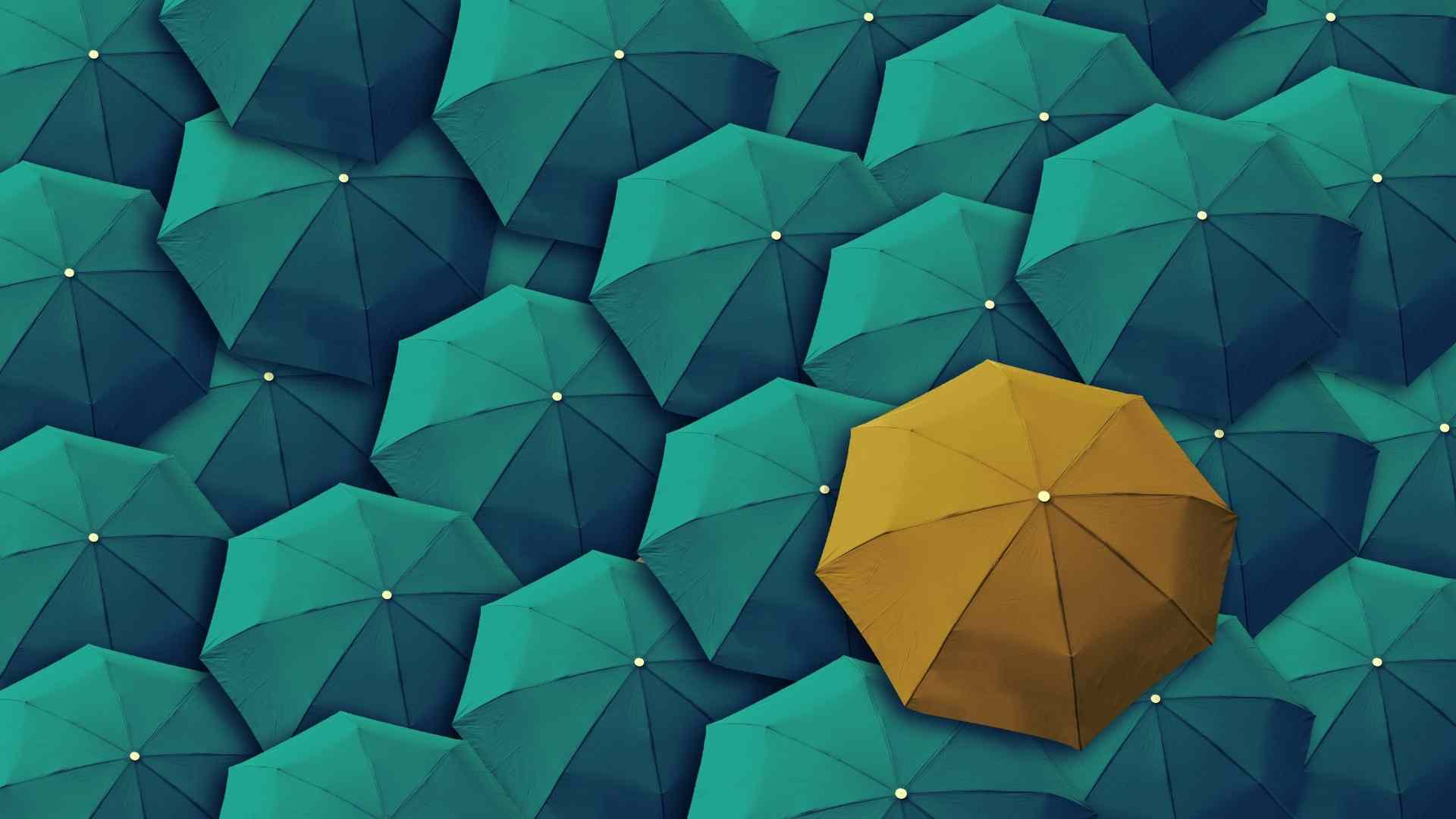 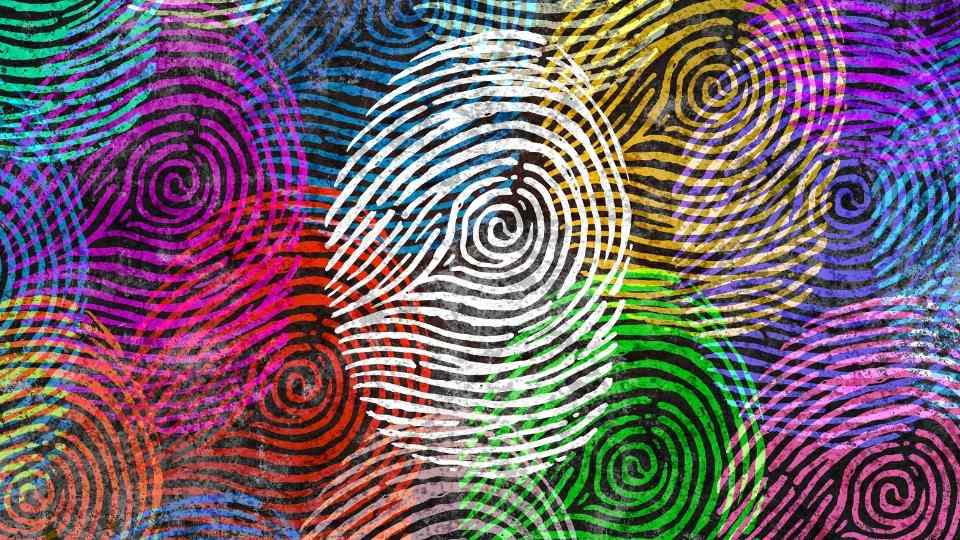