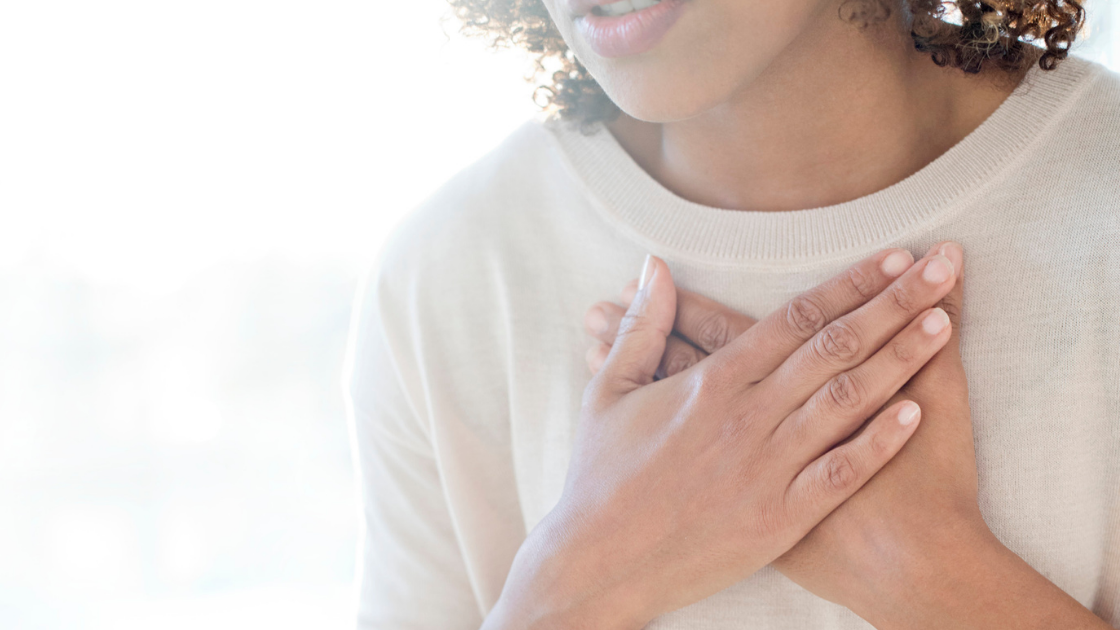 Do you often feel anxious, panicked, or overwhelmed? Anxiety and stress are always present in our lives, but is there a way to shut it off? New promising research finds that there might be an “off switch” for anxiety. Learn about recent advancements in mental wellness studies from DIY therapy app LIFE Intelligence.

What causes stress and anxiety?

Stress can activate in milliseconds, turning on and off like a light switch multiple times a day. This is otherwise known as our body’s “fight or flight” mechanism. While this mechanism is a vital part of our biological system for survival, most of the time our lives are not at risk – but the light switch is still turning on, even when it doesn’t need to. If we feel hungry, the light switch will turn on and our body goes into survival mode. If we did not sleep well the light switch will flip on and tell us to take care of our physiological needs. Something as mundane as getting into a fight with a stranger will cause the light switch to turn on and we will start having anxiety about our relationships and sense of belonging. Our brain often subconsciously activates our stress response and perceives the threat in a greater capacity that it actually needs to be.

What is "fear conditioning"?

Conditioning is the behavioral process whereby a response becomes more frequent or more predictable in a given environment as a result of reinforcement, with reinforcement typically being a reward or stimulus for a desired response. Fear conditioning, a more specific type of conditioning, is the associative learning process by which we learn through repeated experiences to fear something.

Take the famous case of Little Albert, performed by John Watson. A child named Albert was first introduced to a white rat and was allowed to play with it. Albert liked the rat, and enjoyed playing with it. After Albert became comfortable with the rat, Watson and his colleagues would make a loud sound every time the rat was put in front of Albert. Albert learned to fear the rat because he anticipated the loud sound to come, and he ended up being scared of other white, fluffy things including a rabbit, a white coat, and a white Santa beard, even when there was no loud sound accompanied with it.

Little Albert was taught through repeated associations between the white rat and the loud sound that he should fear the white rat because he expected the loud noise to follow. Little Albert’s experiences caused his brain circuits to change and form new memories, specifically that he should fear the rat. His amygdala can be partially “blamed” for this association. When Little Albert heard the unpleasant sound, his amygdala heightened his perception of the sound. His heightened perception is deemed distressing and new memories are formed associating the sound with unpleasantness. This same fear response is what we experience. The amygdala, the almond shaped mass of nuclei located deep within the temporal lobe of the brain, is the structure that we can blame for our anxiety, anger, and fear. The amygdala is involved in autonomic responses that are associated with fear conditioning.

What does anxiety to do our brain and body?

If a noise startles us, then we have an automatic fight or flight response. The response activates the sympathetic division of the peripheral nervous system. Activation of the nerves of the sympathetic nervous system results in dilated pupils, increase in metabolic rate, increase in blood flow to the muscles, and accelerated heart rate. This activity is all coordinated in the amygdala and allows us to respond to danger and things that stress us.

The amygdala, in essence, ensures that we survive. It lets us know that a car coming towards us should make us nervous, and we should not pet a rattlesnake even if it looks friendly. However, the amygdala becomes problematic when it does not shut off or when it gets activated too easily.

How can we stop anxiety in the brain?

The question was posed by researchers whether or not there is a potential “off switch” for anxiety produced by the amygdala. An experiment was done with mice to test this hypothesis, as the circuits that control the amygdala are poorly understood. Optogenetics, a new light-based technique, uses genetic engineering to add light-sensitive proteins to specific nerve cells in the mouse brain. Scientists can then activate or suppress these nerve cells by shining different wavelengths of light, through optical fibers, to specific brain regions. The scientists concentrated on long projections of nerve cells that link the basolateral subregion of the amygdala to the central nucleus of the amygdala. They focused on these nerve cells specifically because there had been previous research that there is abnormal functional MRI activity in these regions among participants with generalized anxiety disorder.

Mice typically shy away from open spaces, as they are scared of being exposed to predators. When the research team used light to selectively stimulate the long nerve cell projections in the amygdalas of the mice, their anxious behavior of being in an open space changed immediately and dramatically. They seemed to be emboldened, spending more time exploring the open space than the control mice. Further, when the nerve cell projections were suppressed by light in a different group of mice, the animals instantly became extremely anxious and did not want to take any risks by being exposed in the open space. They stayed along the walls and did not venture into the middle of the test chamber. These results implicate that there might be a specific brain circuit that seems to switch anxiety on and off in the mouse brain. These findings can have major implications for developing new and improved anti-anxiety medications for humans that target this brain circuit.

What is the neuroscience behind an anxious temperament?

Another similar experiment was done to analyze the correlation between anxious temperament and the “off switch” for anxiety. Anxious temperament can cause depression and anxiety later in life, and the researchers wanted to see if the dysfunction of “too much anxiety” existed in the disability of not being able to shut off anxiety. The researchers suggest that deficits in one of the brain’s off switches for anxiety, the neuropeptide Y receptors, are decreased in association with anxious temperament. Neuropeptide Y is a neurotransmitter that helps to regulate the body’s response to stress, and anxious temperament is a trait that presents early in life and increases the risk of developing anxiety and depressive disorders.

In one study, monkeys were used to assess expression of the neuropeptide Y system in relation to anxious temperament. Five monkeys received an amygdala infusion of a virus serotype containing the neuropeptide Y. The researchers found that elevated anxious temperament is associated with decreased messenger RNA expression of two neuropeptide Y receptors, Y1R and Y5R, in the central nucleus of the amygdala. This region of the brain plays an important role in regulating fear and anxiety. Thus, this research showed that the amygdala has a potential off switch for anxiety.

Another experiment was done testing anxiety in the brains of zebrafish, as their brains are quite similar to the brains of mammals. The researchers trained larval zebrafish to swim away from a light in order to avoid a mild electric shock. The researchers disrupted a specific set of neurons in the habenula (involved in pain processing, reproductive behavior, nutrition, sleep-wake cycles, stress responses, and learning) of some of the fish. While normal fish easily learned this task, fish that had a specific set of neurons in habenula damaged displayed signs of helplessness. Although these fish originally tried to avoid the shock, they soon gave up, and even showed indications that they were more anxious than the normal fish. They were often startled easily by non-harmful stimuli. As the brain of the zebrafish is incredibly similar to the mammalian brain, this study suggests that malfunction of the habenula is a possible cause of certain anxiety disorders in humans. As such, it is possible that direct stimulation of the habenula may be the treatment needed in treating some types of anxiety disorders.

Have these findings been replicated for human anxiety?

There have, unfortunately, not been many tests done on humans as of yet to assess whether or not they have a definitive “off switch” for anxiety. However, it looks incredibly promising that there is one based on the multitude of experiments done on animals that are similar to humans in many respects.

What can be done to stop anxiety?

Until there is more definitive evidence to prove that there is an off switch for anxiety in humans, there are many doable things that can be done when someone gets too anxious:

1. Recognize if your thoughts are irrational.

‍As simplistic as this sounds, just sitting straight with your shoulders back and standing or sitting with your feet apart can help your body and mind sense that it is in control. When we are anxious, we tend to protect our upper body, where our heart and lungs are located, by hunching over. Sitting or standing straight is an immediate physical antidote that will help us feel less anxious. ‍

Whenever you start to feel anxious, name three things that you see around you. Then, name three things that you hear. Lastly, move three parts of your body. When you feel your mind racing with anxious thoughts, following these three rules can help center yourself and bring your mind back to the future. For a digital version of this exercise, download the LIFE Intelligence app for free. It provides a comprehensive set of digital wellness tools to manage stress and anxiety as an automated therapist.

Until more concrete evidence comes out about whether or not humans have an anxiety off button, you yourself have the power to shut off, at least temporarily, your anxiety.