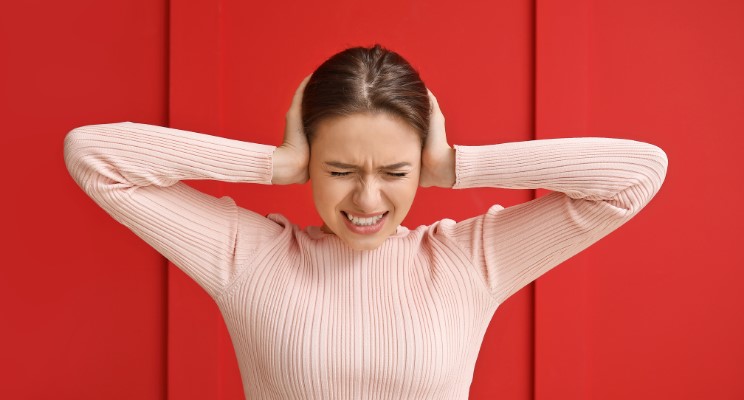 We deal with annoying things and people every day. If you live in the city, you are constantly bombarded with that low roar of city traffic or subways going over the tracks. If you live with a partner or spouse, it may be the fact that they do not close the toothpaste after they use it that really grates on your nerves. Sometimes just the fact that someone types too loudly may cause us to practically lose our minds. However hard we try, we cannot eliminate these pesky occurrences from our lives. Oftentimes, it is the very small things that get us the most annoyed. Researchers and psychologists have long been researching the “psychology of annoyance” and what we can do to problem solve and cope when we are most annoyed at someone or something.

Why annoyances are a real problem

The feeling of annoyance isn't something we keep inside. Instead, it's an emotion that influences how we behave in response. In a study done to assess why people do not like going to the dentist, participants responded that the different noises such as the drill, annoyed them tremendously. Some participants even said they found the noises so annoying that they did not go to the dentist unless it was an emergency. They skip regular visits and check ups because they find the noises so unpleasant and annoying.

in another study, participants were hooked up to an EEG machine to measure their brain waves. Some were asked to solve problems in silence, while others had to solve problems while listening to annoying noises. Error rates were more than twice as high in the noisy environment as in the silent. The additional cognitive effort required to block noise was perhaps responsible for this impaired performance. The participants in the noise group that rated the noise as extremely annoying also had a much longer response time. This study was so significant because it displays the importance of getting rid of distracting and annoying stimuli in order to improve cognitive performance. Sometimes we might shrug off something that is annoying us, even though it can have real effects on our performance.

Another study was done to assess the effects of meaningless office background noise on employees' cognitive performance and cognitive disturbance.  Noise annoyance has been linked to a variety of emotions including anger, aggression, rage, displeasure, exasperation, fear, disquiet, helplessness, resignation, depression, etc. A survey was given out to almost seven hundred employees who all stated that the muted conversations of other employees and phones ringing were all terribly distracting and annoying, even if the sounds themselves were not loud. Some employees even said that something as mundane as the printer printing just one piece of paper was so annoying that they had to stop what they were doing until the printer stopped.

What to do if you feel annoyed

Sometimes we tend to shrug off annoyances and discount them. However, it is best to deal with them right away or they can fester into real anger. Toni Bernhard in her book, How To Wake Up, suggest that there is a four step process to dealing with something that is annoying you:

1. Recognize the annoyance. Being self- aware is incredibly important. Using mood tracking apps can help you figure out when you get annoyed, and track triggers over weeks or during different hours of the day. Recognize that something or someone is currently bothering you.

2. Label it. Label the emotion that you are currently feeling right now as “annoyance” as opposed to anger or despair, or any other emotion.

3. Investigate it. What is causing you to feel this way and why? What can be done to potentially remove this annoyance? Oftentimes annoyances sneak up on people, and little things grow until finally the final straw causes you to lose your temper. The key is to investigate and determine what the true source of your irritation is. Ask yourself what is really bothering you.

Coronavirus has definitely been testing our patience these past months. We have been stuck at home with our families and/or spouses for extended periods of time, and we never get a break from some of the things that they do that might annoy us. Here are some things that you can do.

Maybe your partner does not realize that they are not putting the toothpaste cap back on after they use it. As opposed to letting this annoyance fester and grow into real anger, calmly let them know that you would sincerely appreciate it if they would put the cap back onto the toothpaste after they use it. In this case, honesty really is the best policy. Even better, show them this article and let them see just how damaging annoyances can be!

Frustration and irritation can be contagious. If you approach people and show them that you are annoyed, they will respond in the same way. This can change what should have been a one sentence conversation into a huge and unnecessary fight. A better strategy is to manage your emotions. First calm down, and to remove yourself from the problem or person first before bringing up the issue. Go to a quiet place, head outside for a walk around the block, or put on some headphones and take 10 deep breaths.

Focus on your feelings. It is more conducive to bring up your emotions and thoughts, as opposed to focusing on someone else’s behavior. If you start the conversation with criticism, it may seem that you are on the attack. You are likely to earn a defensive response, and you both will get nowhere. Start by expressing how you are feeling, how you like the house clean because it helps you concentrate, and then ease into how it will make you feel much better if the cap stays on the toothpaste.

When you are voicing your annoyance, be careful to phrase it as a complaint rather than a criticism. The difference? A complaint is "When you do X, it makes me feel Y. Could you please do Z instead?" This is pointing to a specific, actionable change they could make. On the other hand, a criticism attacks who they are as a person. For example, don't say, "You're so annoying! can't you see I'm trying to work? You never think about others." You are hopefully hoping that the problem will be solved. You are not just lashing out in annoyance, but rather are trying to create better harmony with empathy and kindness. Therefore, it is a good idea to suggest an appropriate and acceptable solution to what is bothering you. However, remain open to compromise and other suggestions besides for the one that you offered.

How LIFE Intelligence can help

For more tips on how you can deal with annoying people or focus despite distractions, download the LIFE Intelligence app, a DIY therapist, career coach, and relationship counselor in one. Whether annoyed with a situation, colleague, or family member or significant other, LIFE has the exact exercise for you to cope, communicate, or solve that issue in minutes.

Bernhard, T. (2013). How to wake up: A Buddhist-inspired guide to navigating joy and sorrow. Simon and Schuster.