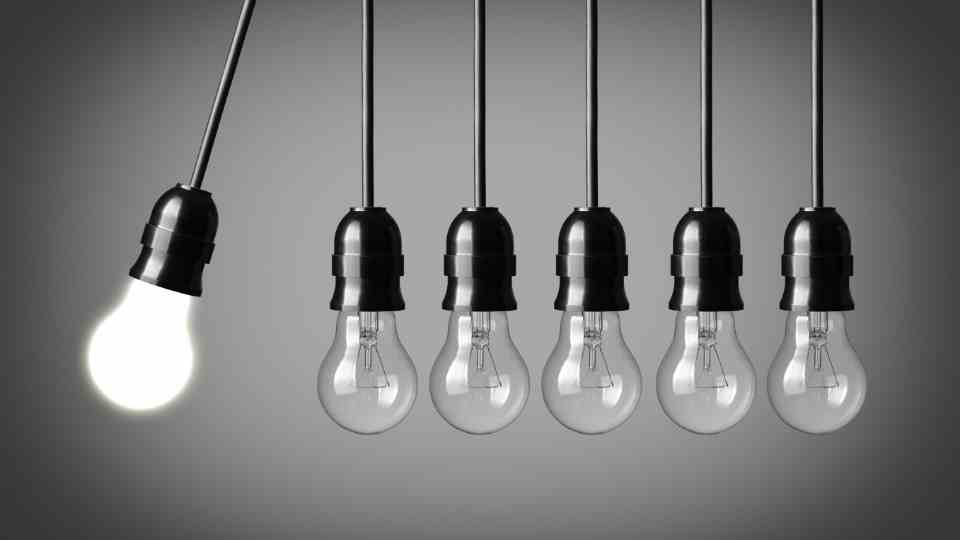 Emotional Intelligence at Work: How to Develop All 5 Factors

What makes a person successful? Perhaps it’s how motivated they are, or the way they think about how their actions affect others. Maybe it’s their sociability and how they connect with those around them. Not only is this person intellectually smart, but they have qualities of what we call emotional intelligence, also known as EI. It is a critical component of success and leadership.

What is Emotional Intelligence?

Broadly, emotional intelligence (EI) can be described as the ability of a person to experience and understand emotions, and then regulate those emotions in a way that allows them to grow (Cherry et al., 2014). EI can be broken up into five major skills: self-awareness, self-regulation, motivation, empathy, and social skills.

Self-awareness, at its core, is when we reflect on experiences and the ways that those experiences affect us (Morin, 2011). There are two main parts to self-awareness: internal and external self-awareness. Instead of only interacting with the world around us, we can develop awareness of ourselves, our underlying emotions, and potential dissonance between our reactions and what’s below the surface (Benson, 2016). External self-awareness involves seeing ourselves objectively from the viewpoint of another person. For example, understanding how we come across, how others perceive our strengths, weaknesses, or intentions.

A study on situational self-awareness included 213 undergraduate students that were split up into groups of 5-20. They measured self-awareness by providing statements and then asking the students how much they agreed or disagreed with those statements. Some examples included: “Right now, I am conscious of what is going on around me” and “Right now, I am reflective about my life.” The three emerging types of self-awareness included public, private, and surroundings ( Govern & Marsch, 2001). If someone is lacking or unbalanced in these, there can be negative consequences.

Let’s say Tim comes into the office after receiving unpleasant news about his finances. This is likely affecting his private self-awareness, and as a result, he may be more short-tempered with his coworkers without even realizing it.

Self-regulation can be defined as exercising control over the self (Vohs & Baumeister, 2004). In this context, the self refers to a person’s behaviors, emotions, and thoughts. When interacting with others, self-regulation can be especially useful, such as controlling a bad mood and refraining from lashing out at those around you. It’s about reacting and expressing yourself in an appropriate way.

In a study about self-regulation, participants were asked to monitor their financial spending. 60 undergraduate students were randomly assigned to one of two groups: one that helped participants practice self-regulation and one that did not. It was found that those who practiced self-control behaviors massively improved compared to the group that did not. They answered questions such as “Detail any non-planned purchases, if any, in the last month” to track their progress in the program (Oaten & Cheng, 2007).

This shows that self-regulation can be taught and practiced successfully. With the simple knowledge that keeping a journal promotes better self-regulation, Tim could strengthen his EI and learn to be more thoughtful about his actions in the future.

Researchers looked at intrinsic motivation in a study that included 150 athletes from 16 college basketball teams. The participants were given statements and they responded with how much they agreed or disagreed with them. Examples included they are engaged with basketball because it is for their own good, or because they are supposed to do it. Results found that being connected to teammates and feeling self-sufficient were major factors when it came to having intrinsic motivation (Guay et al., 2000).

Empathy is the ability to understand another person’s mind and emotions (Ioannidou & Konstantikaki, 2008). It is a necessary ability people need in order to create lasting relationships. Empathy is also not only about understanding someone else, but responding to them. How we react to another person’s feelings is crucial when it comes to communication.

A study had 363 adolescents rate themselves on a scale to determine their levels of empathy in relation to a number of measures. The items on the scale were based on fear, sadness, anger, and happiness, which are four of the five basic emotions. General empathy questions were asked, such as “I get caught up in other people’s feelings easily” or “I can often understand how people are feeling even before they tell me.” The participants were also asked how they responded when they saw a classmate being bullied. The researchers found that those who said they would help others who were being bullied had high empathy compared to those who thought it was not their problem. It shows that those who act prosocially tend to have higher empathy (Jolliffe & Farrington, 2006).

Social skills are also necessary in order to develop and maintain strong relationships. They cover a variety of skills including teamwork, effective communication, and conflict management skills (Berman & West, 2008). They are necessary for building relationships and understanding dynamics. It’s also found that social skills are reciprocal. Those who have good social skills tend to receive positive treatment and are well-liked (Schutte et al., 2001).

In a study that looked at social skills, 121 undergraduate students self-reported their responses to questions about social/communication skills, self-esteem, anxiety, loneliness, and general wellbeing. Results found that those who had high social skills also had high self-esteem and wellbeing, while having low anxiety and loneliness (Riggio et al., 1990). Having good social skills seems to improve a person’s life overall, along with their relationships.

Although EI is a complicated concept, we found these to be the biggest components. Now we’ll see how EI looks in the workplace.

Emotional Intelligence in the workplace

A survey revealed how employers are emphasizing EI. An incredible 71% of hiring managers say that they value EI over IQ in a prospective employee. When it comes to promotions, 75% of employers said they would be more likely to promote an employee with higher EI. The reasons why employers say EI is important include: employees stay calm when under pressure, they know effective conflict resolution, and are empathetic toward others (CareerBuilder, 2011). While intellect is still valuable, it seems that the workplace has shifted toward prioritizing EI over IQ. A high performance culture is now increasingly a service-oriented culture.

It’s what sets people apart from the crowd—EI is responsible for almost 90% of what elevates workers from their peers (Landry, 2019). It also determines who are natural leaders. Research found that those who motivate and inspire others toward common goals also manage emotions in themselves and others (Palmer et al., 2001). Due to their high EI, these leaders are able to pay attention to the needs of those around them and adjust tasks or feedback accordingly.

EI also has implications for teamwork. Since a large portion of teamwork includes parts of EI, including self-regulation, it makes sense that they overlap (Lee et al., 2018). An experiment revealed that when a team overall displays higher EI and the members of that team can regulate their own emotions, their performance is higher (Jordan & Troth, 2004). A possible reason for this is that those with higher EI are more likely to listen to others’ perspectives, allowing for the exploration of other solutions.

There is also a substantial impact of EI for company managers. 70% of employees perceive their company’s climate through a manager’s morale and behavior, which in turn has an effect on morale and behavior for employees (Momeni, 2009). In this way, highly emotionally intelligent managers create a positive environment for their workers, which can lead to increased productivity and better relationships.

It is clear that having EI causes major outcomes in the workplace. Not only does EI affect companies at large, but it also has implications for people on an individual level.

Emotional Intelligence for the individual

Employees benefit from having higher EI. They have increased job satisfaction as well as lower turnover intentions (Miao et al., 2017). Job satisfaction increases when people practice self-regulating emotions found in EI in order to increase positive feelings and reduce negative ones. When experiencing difficulties at work, those who regulate their emotions well are less likely to leave their job over strong emotional events, reducing turnover. Researchers concluded that organizations should incorporate EI into their programs to create productive workers.

Having EI also improves attitudes toward change. Organizational change can be extremely stressful, going from the known to the unknown. However, those with high EI use their emotions to develop positive attitudes and adapt to the new situation (Vakola et al., 2004). It makes it easier for individuals to adjust to changes and buffer against stress.

The components of EI are so important because of their effect on social interactions and relationships. As a species that relies heavily on social communication, having high EI is an advantage. In personal relationships, those who score high in EI also have higher quality friendships (Lopes et al., 2004). It is a person’s ability to manage their own emotions that increases positive emotions and helps to anticipate any conflicts in these relationships.

In addition to these benefits, having EI is an important factor in happiness and overall well-being (Chamorro-Premuzic et al., 2007; Furnham & Ptrides, 2003). Those with higher EI feel both mentally and physically healthier as well (Baudry et al., 2018; Ghahramani et al., 2019). With so many associated advantages, it’s beneficial to find ways to increase such a vital skill. This is why LIFE Intelligence focuses on components to improve your EI.

LIFE Intelligence is a science-backed app for complete self, career, and relationship development. The program walks through nine core Missions (topics) holistically covering each element of emotional intelligence.

1. Self Regulation: LIFE begins with self-management: understanding our mental health, our thoughts and emotions.

2. Self-Awareness: Then, the app walks through becoming self-aware of your story, values, and goals.

3. Motivation: Next, it discusses project management frameworks that boost your motivation and help you achieve goals.

4. Social Skills: After that, the program discusses how our stress bleeds into our relationships with others, and details not only the right way to support one another socially but also how to resist negative social influence.

5. Empathy: Finally, LIFE dedicates about 1/3 of its curriculum to relationship and communication skills. These cover topics such as conflict resolution and leadership, and bring in many studies from marriage counseling that are also extremely applicable in the workplace.

In this way, LIFE Intelligence puts all the components of emotional intelligence into one efficient program. Each Mission is backed by leading scientific research and seeks to address the root causes of difficulties in everyday life. EI is clearly a significant factor in many aspects, not only in the workplace, but also for the individual. With the help of LIFE, you can increase EI through continuous practice in the app.

Emotional intelligence plays a large role, from hiring to company culture, and even overall health. When we know of such a vital competency, it’s critical to find ways to develop it. An app such as LIFE can provide guidance and structure in order to cultivate such skills, giving you the opportunity to thrive both in the workplace and in your personal life.

Ioannidou, F., & Konstantikaki, V. (2008). Empathy and emotional intelligence: What is it really about?. International Journal of caring sciences, 1(3), 118.

Seventy-One Percent of Employers Say They Value Emotional Intelligence Over IQ, According to CareerBuilder Survey. (2011, August 18). Retrieved January 01, 2021, from http://press.careerbuilder.com/2011-08-18-Seventy-One-Percent-of-Employers-Say-They-Value-Emotional-Intelligence-Over-IQ-According-to-CareerBuilder-Survey