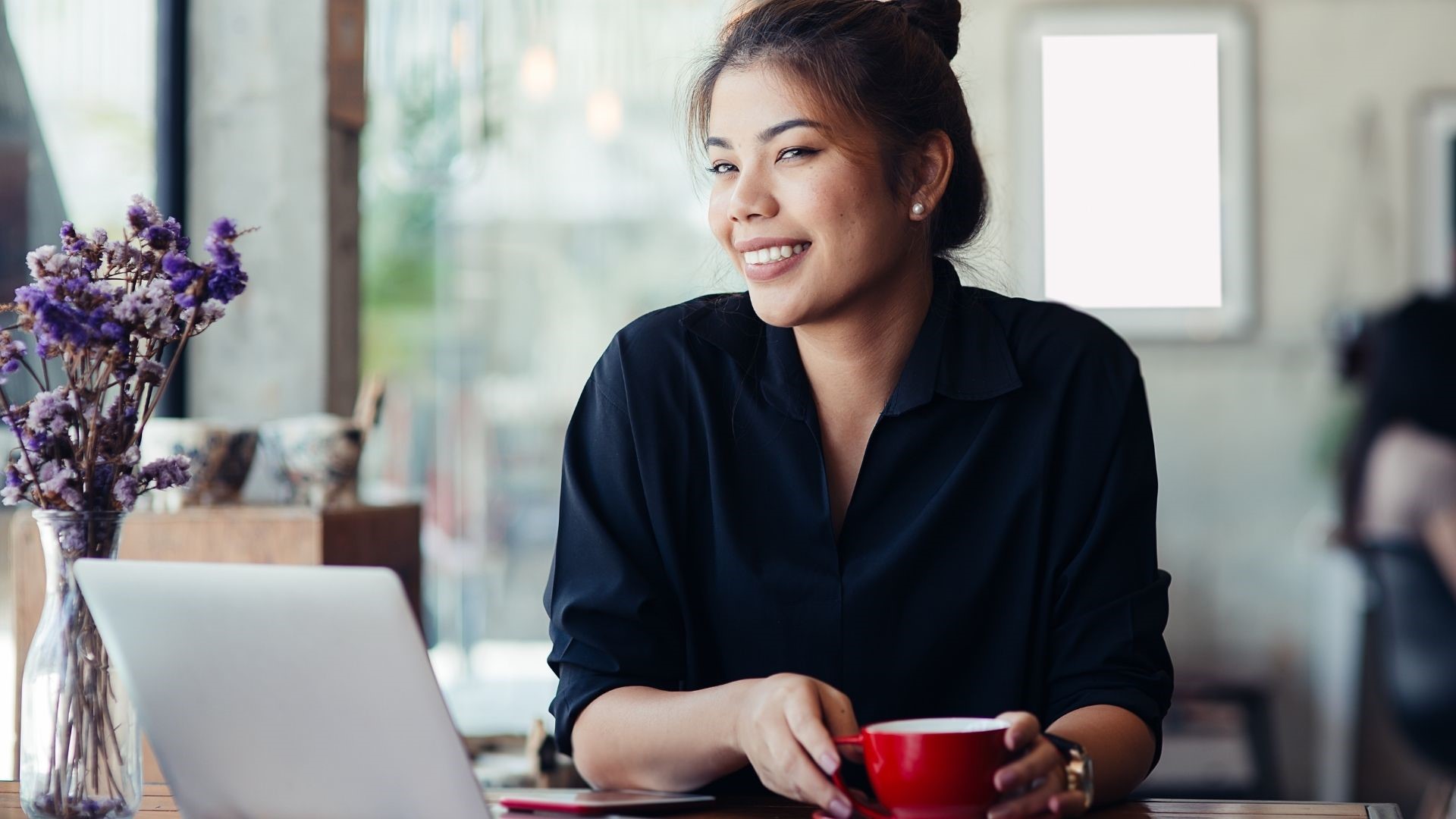 7 Leadership Styles for Every Situation

What defines a leadership style?

A leadership style refers to the characteristic behaviors of a leader when managing, directing and motivating a group of individuals. Leadership styles are fluid and changing over time depending on the context. When a leadership style is used appropriately in the right context, it can lead to increased productivity, innovation and work motivation. Read on to become more self-aware about your own style, and understand differing styles in order to adapt. Here 's are some of the most notable scientific theories of leadership.

Kurt Lewin was a German-American psychologist known as one of the most influential pioneers of applied psychology in the United States. In 1939, Lewin and other researchers conducted a study examining group behavior among children through having a new leader with a different technique of leadership every six weeks. From this study, the researchers outlined three major leadership styles that are still used today: authoritarian, participative, and laissez-faire leadership.

Authoritarian leaders, also known as autocratic leaders, are individuals who maintain full control over organizational goals and policies. They often make decisions based on individual ideologies, often without any meaningful participation from subordinates. These leaders provide clear instructions to employees with what to do, how to do it, and when to do it by. In Lewin’s study, he explained that leaders who adopt this style of leadership can be seen as dictatorial and tend to be fixed in this one mode of behavior (Lewin et al., 1939). Examples of authoritarian leaders include Adolf Hitler, Kim Jong-Un, and Vladmir Putin.

Traditionally, this style of leadership was found to be negatively associated with workplace outcomes such as employee performance, organizational commitment and team interaction, however it is still prevalent nowadays. Even though this leadership style often leads to less creative decision making, it is effective in situations where control is necessary due to little margin for error, time constraints or potential safety risks. Moreover, organizational change with this leadership style was most effective when perceived job mobility was low and cognitive trust in the leader was high (Du et al., 2020).

In Lewin’s study, the researchers found that although children in the group of participative leadership were less productive, the quality of work they produced were higher (Lewin et al., 1939). For this style of leadership, it is most effective when decision making processes are not under constraint. Examples of using participative leadership can include holding strategy meetings, conducting surveys, holding focus groups and more.

Although the Laissez-faire leadership may sound like a blessing to some employees, Lewin et al. found that children under this leadership style were the least productive out of the three groups: autocratic, democratic and laissez-faire (1939). In addition, he found that children under this leadership also demonstrated inability to work independently, made more demands on the ladder, and exhibited less cooperation. Nevertheless, this style of leadership is most effective when team members consist of highly skilled individuals.

Situational leaders are versatile in their leadership styles, often changing the way they lead based on the ability and experience of group members. Unlike participative or authoritative leaders, situational leaders do not have a single style of leadership. Instead, they adapt to their tasks at hand with the ultimate goal of boosting group effectiveness. An example of a situational leader is General George Patton from the US military, who produced several papers on military and war strategy delivering the main message that it is important to analyze the situation in order to win a war.

This style of leadership was first developed by Hersey and Blanchardin their ‘Life cycle theory of leadership’ in 1969, which they then renamed the theory to ‘situational leadership’. Their theory depicts the significance of considering the environment and situation when choosing a style of leadership. In their research paper, they outlined four principles of leadership: telling, selling, participating, and delegating, in which they concluded as situational leadership. They also explained that the main principle underlying their theory is that as follower maturity increases, optimal leader behavior should involve less structuring and less consideration (Hersey & Blanchard, 1969).

Servant leaders embody the idea that the “leader exists to serve the people”. Unlike other leaders that focus on accumulating and exercising their power, servant leaders share their power with group members and put members ahead of themselves. A famous example of a servant leader is Martin Luther King, Jr, who promoted a need for equality and placed others’ needs before his. A study conducted by Su et al. established that intrinsic motivation influences the relationship between servant leadership and innovative behavior (Su et al., 2020). In other words, the findings suggest that for individuals with higher levels of identification with their leaders, servant leadership would be more effective on employee’s innovative behavior.

Servant leadership theory was developed by Robert K. Greenleaf, the founder of the Servant leadership movement and Greenleaf Center for Servant Leadership, in which he emphasized the need for practices that enriches the lives of others in order to create a more just and caring world. The key characteristics of a servant leader were later described by Larry Spears, which included: listening, empathy, healing, awareness, persuasion, conceptualization, foresight, stewardship, commitment to the growth of people, and building community (Spears, 1998).

When comparing the two aforementioned leadership styles, a study conducted by Ma et al. examining the two styles found that transformational leadership is not significantly related to employee creativity, while transactional leadership is positively related to followers’ creative behaviors (Ma et al., 2018). In addition, they proposed that transformational and transactional leadership were most effective in promoting creating, when accompanied by different levels of autonomous regulation and by organizational financial and nonfinancial rewards. Organizational financial rewards can include basic wages or salary, benefits and overtime, whereas nonfinancial rewards can include recognition, alternative work arrangements, and training and development opportunities.

In a research paper written by Schmid et al. (2018), the authors illustrated three forms of destructive leadership behaviors all individuals should be wary of:

Not only do these behaviors result in increased turnover rates, they can also cause lasting mental health consequences on surrounding individuals.

When choosing your own style of leadership, there are a few things to consider:

‍As shown above, the different styles of leadership can be effective in some situations but not others. For example, laissez-faire leadership is most effective when team members are highly skilled and motivated, whereas it would be ineffective if control is required due to time constraints. Using another example shown from a study conducted in Spain, the presence of academic education, intrinsic job satisfaction and high customer contact, and the absence of family responsibilities, are core conditions for high transformational leadership performance (González-Cruz, 2019).

‍Earning trust from your team members is a crucial component and trait of being a good leader, it helps promote safe working environments and good relationships, which all contributes to organizational effectiveness. Therefore, it is important to choose a leadership style where you can gain trust the most effectively. For example, Olsen et al. (2020), conducted a study to investigate how four leadership styles (unstable/autocratic, stable/autocratic, unstable/democratic, stable/democratic) is related to immediate trust in a leader through displaying, to participants, a 45 second car accident clip and the leader’s interaction with the driver. They found, through questionnaire responses, that autocratic and emotionally stable leaders were on average rated higher on immediate trust than the other forms of leadership styles. It is important to note, however, that this study examines trust after a misfortune. Nevertheless, emotional stability is one essential way to gaining trust in team members.

LIFE Intelligence is a workplace wellness and employee development training. The 9-topic mobile program comprehensively develops self, career, and relationship skills, for deeply self-aware leaders. The program begins with managing your mind, and finishes with managing and motivating your team. Throughout the program you'll delve into how you handle decisions, goals, conflicts, and more. Mission (topic) 9.1 informs us of the various communication styles and how we often "talk past" one another in the workplace. Mission 9.2 also highlights specific leadership traits such as comparing warmth and competence. The LIFE app can be used individually, or on teams, where it can be a team-building activity that develops common communication and empathy skills. Through science-backed snippets, learn, introspect, and practice becoming the leader you want to be.

Falvo, R., Capozza, D., Di Bernardo, G. A., & Manganelli, A. M. (2016). Attributions of competence and warmth to the leader and employees’ organizational commitment: The mediation role of the satisfaction of basic needs. TPM-Testing, Psychometrics, Methodology in Applied Psychology, 23(2), 203-213. 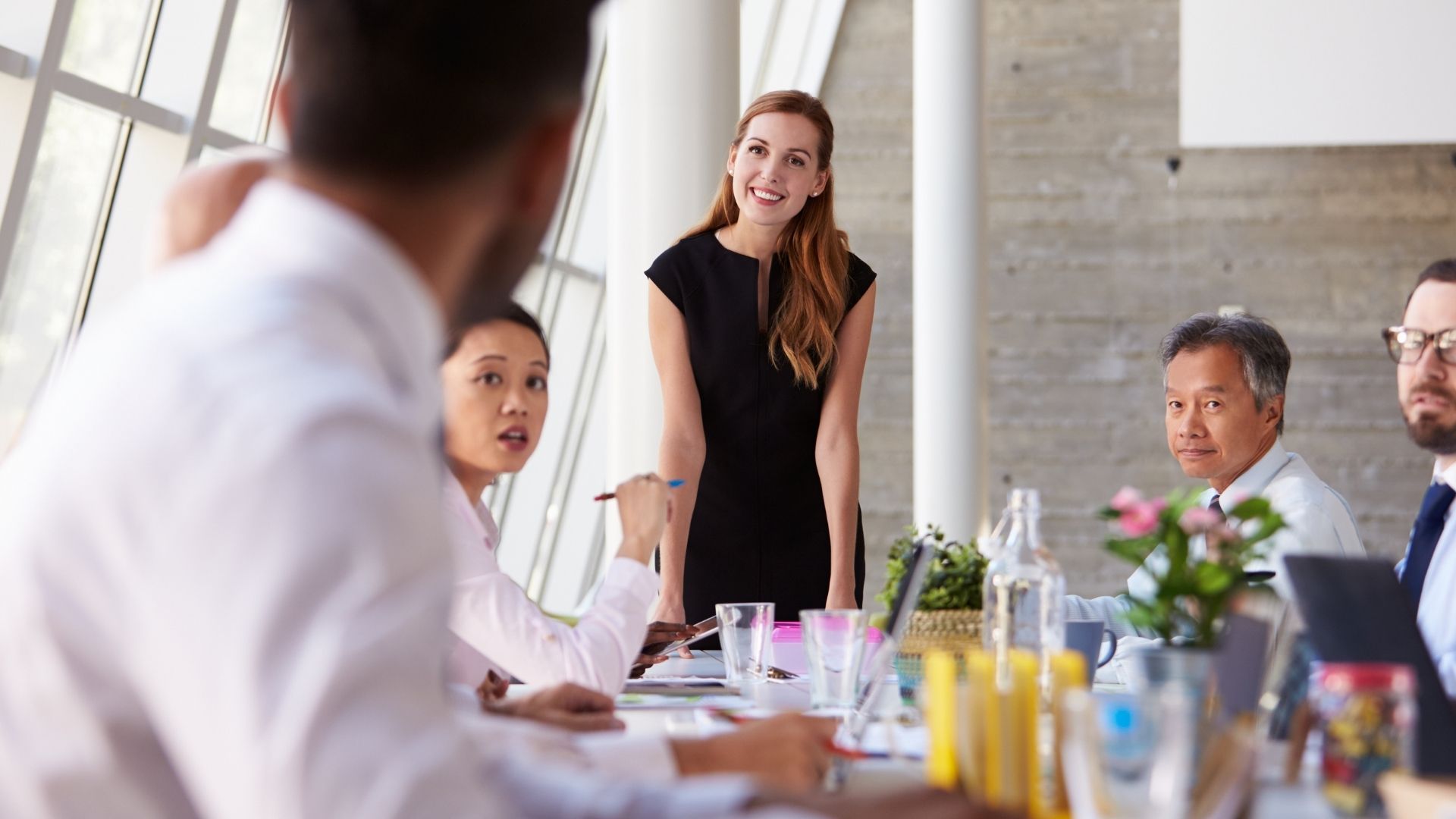 Communication Breakdown in the Workplace: 3 Causes and Solutions 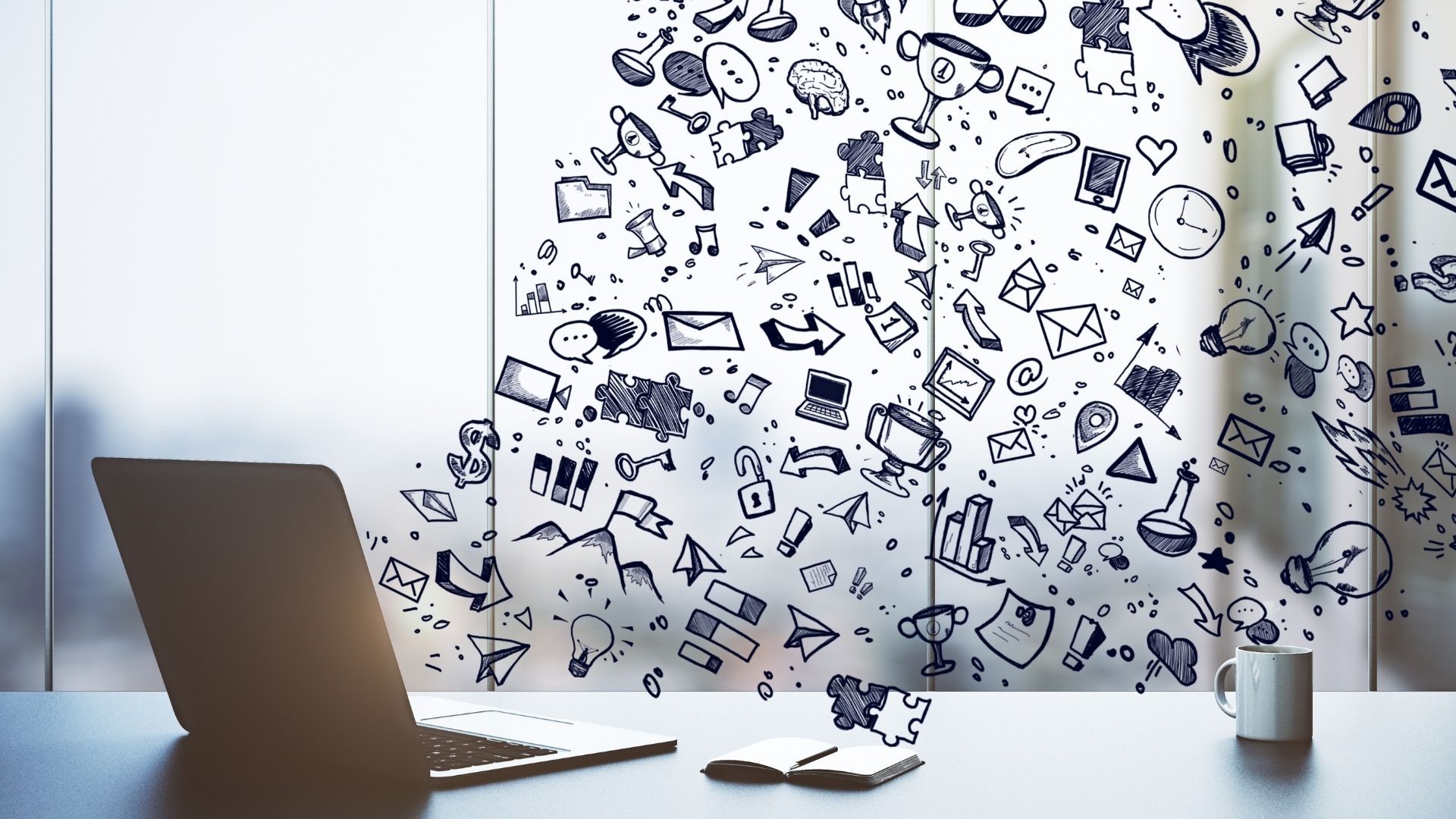 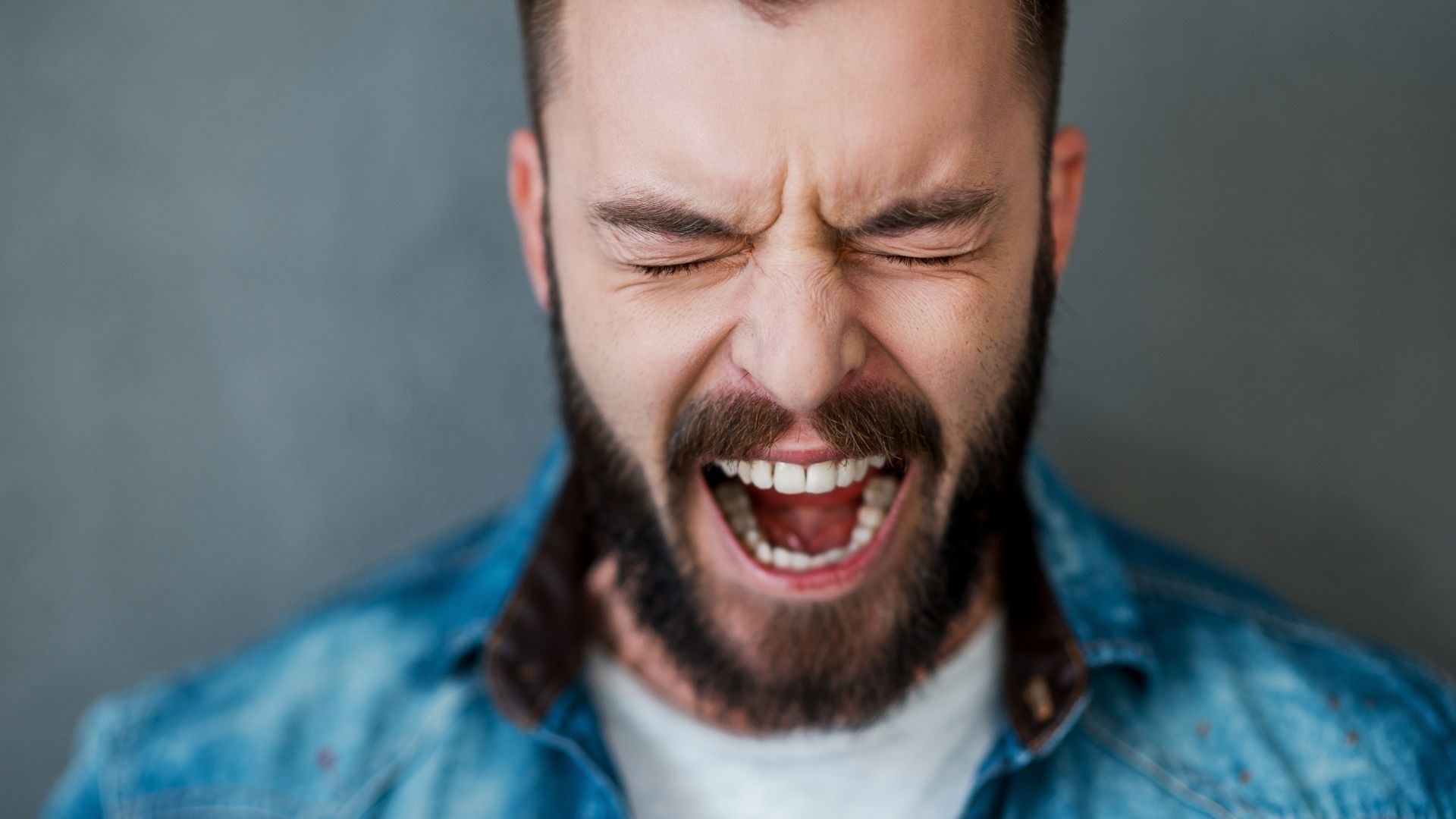